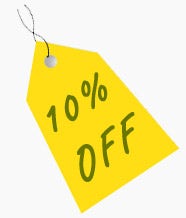 your next order when you shop
online at Sportfish.co.uk. * Terms apply.

Thank you for signing up to our newsletter.

YOUR DISCOUNT CODE IS: SND20F

This code is valid for 2 weeks - online use only, may not be redeemed in-store. One use per customer.
To claim your discount enter the code on the 'Shopping Cart' page before completing your order.
* Excludes vouchers, tuition products, sale items and Flyfish Europe products (Simms, Scientific Anglers, Waterworks Lamson, Scott and C&F).

A Guide to Choosing the Right Fly Fishing Line

Fly lines have come a long way since the days of silk fly lines that required constant maintenance. The styles of fly lines available have now changed tremendously and there isn’t a fly fishing situation that doesn’t have a fly line designed to deal with it.

Which line will work best for me?

The first thing to consider is the weight of the fly line. The nuts and bolts of casting are essentially the unloading of energy stored in a bent rod and then transmitted through the line. As a result fly lines are tapered to smooth this transmission of energy from rod to line. Energy transfers easily from thick to thin sections of line, hence the fly line is at its thinnest at the tip, where you attach the tippet to, it then tapers back into a fatter section or ‘head’. The head contains the weight that the rod needs to bend; the more of the head you have outside the rod tip the more weight the rod pulls against in the cast. The more weight that is pulled the more bend you get in the rod, the more bend (load) you get in the rod the further the line will cast. These weights are traditionally measured over the first 30 ft of a fly line (single-handed rod) and conform to the AFTM system (Association of Fishing Tackle Manufacturers). As a result every line from every manufacturer of a specified weight should weigh the same within a tolerance so regardless of the line bought the line should work the rod in the same way.....or so you would think! In reality certain line and tapers work best with particular rod actions. This is why we work hard to try and match tackle for customers to suit their rods and casting style preferences.

Can you tell me more about line tapers?

The type of fly line can affect the performance of the rod tremendously. The basic taper types are double-taper, weight forward and shooting head.

As the name suggests, are tapered at the front and at the back and therefore reversible (in theory – in practice the line will deteriorate and you will never reverse it!) between the two tapers is a continuous thickness of line which is relatively ‘fat’. This fatter line holds the weight that the rod needs to load. As a result until you get all of the line out of the tip the rod it never has enough weight to shoot the line. I defy anybody to be able to hold up 30 yards of line in the air continuously over a day’s fishing! This thick line also offers a lot of resistance to the rod rings and so the shootability of the line is diminished further. So a double taper line is great for fishing a fixed length of line or where presentation is paramount as the long front taper to the line allows better unrolling of the line when cast. However it is practically useless for distance as you need to aerialise and hold in the air the amount of line you wish to cast. As a result of these limitations and when plastic fly lines could be extruded with more exactness, manufacturers basically thought that life could be made easier by taking all the weight in the entire length of a double taper and cramming up to the front of the line, hence the weight forward.

Are used by the vast majority of fly fishers. They consists of a head (traditionally 30ft) which is all the line you need outside the rod tip to load the rod. This then tapers back into a very thin running line which when released in the cast offers little resistance to the rod rings and is basically towed out by the head when the cast is released. As a result distance fishing becomes very easy as you don’t need to aerialise the line you need only the weight forward part outside the tip ring.

These were developed in the 1970’s by distance casters. They are attached to a very thin running line or nylon monofilament and allow extreme distances to be achieved. The downside is that the thin running line is prone to tangling in windy conditions and if nylon is used then spool memory also becomes an issue increasing the propensity for the line to tangle. Today they are used very little with single handed rods but with increasing frequency with double–handed rods.

What weight line do I need?

The development of modern fly rods (which are faster in action than their predecessors) has made the AFTM system slightly inaccurate. Manufacturers are just squeezing the tolerances a little to allow deeper loading of these faster rods. Makers such as Rio and Scientific Anglers have specialist lines designed for these rods which are really half an AFTM size heavier than they should be so a 6wt line is really a 6.5 and allows these rods to load a bit deeper generating more distance. Also a big problem with a lot of casters is the amount of line that is aerialised prior to casting. As previously mentioned only the head or belly needs to be aerialised, many fishers try to hold too much line in the air resulting in a lot of running line outside the rod tip. This running line has a different density to the weight forward element and as a result it moves through the air at a different speed. This promotes hinging, which causes slack line in the cast and a loss of power through the casting stroke. To combat this manufacturers now produce two tone lines where the head and running line are different colours. This gives a clear visual indicator as to exactly where the weight element ends. This builds consistency into your casting as the same amount of line is aerialised all the time. This means the same power is needed all the time improving tempo and delivery of the final cast.

Weight forward lines are also varied in their head lengths there are short headed versions of fly lines so less line is needed in the air to load the rod. These shorter headed lines have the same weight as a standard 30ft head but they are effectively heavier for their length so have more mass. They are ideal where back casts are restricted but because they have more mass load a rod deeper and generate more speed so are very effective for turning over big flies for saltwater or pike fishing and are more effective at combating wind.

Salmon lines are built on the same principle as single handed lines - they come in double taper, weight forward and shooting head options and the short headed weight forwards that can be placed into the skagit category. However, and this is important, they are a lot longer in the head lengths than single-handed lines and as a result are not the same. Don’t get confused by the two and buy an 8 weight salmon line for an 8 weight single-handed rod. Salmon lines can vary in head length from 31ft right through to 70 feet or more. In addition to this they weigh differently and an 8 weight salmon line is heavier than an 8 wt line for a single-handed rod over the length of the head. The correct fly line for the job regardless of their make up are essential to a successful and more importantly enjoyable days fishing, they come in all densities from floating to super fast sinking and hybrid lines which float in the main but have a sinking portion at the tip to allow some depth to be achieved without drowning all the line.

You can also get fly lines for saltwater fly-fishing. There are coldwater and tropical saltwater versions. Tropical lines have a stiffer plastic coating to cope with the heat and harsh conditions. This makes them more stable than normal fly lines in tropical conditions but unsuitable for UK saltwater fly fishing due to our temperate climate. The best advice is to talk to an expert at any of our stores and make sure that you get the right line for your chosen discipline.