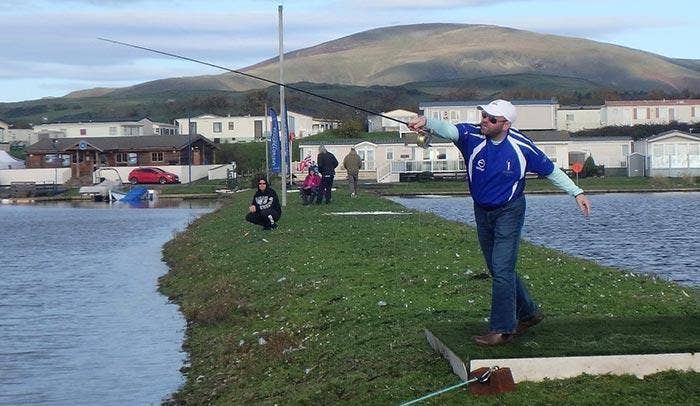 Competitive fly casting has taken a huge step forward in the UK during the last ten years, with participation largely driven by the hard work of Lee Cummings and his team, and the first official UK Fly Casting Championships were held over the 17th-19th of October 2019.

These were split into 3 categories: Men’s, Ladies and Veterans, with many of the best casters in the country competing for medals in each of the individual events, as well as for the overall championship titles.

Each discipline employed the same points system, 1st place taking 1pt, 2nd taking 2pts, 3rd taking 3pts and so on, with the title of ‘Champion‘ to be awarded to the lowest cumulative total after the six events.

Over the three days of competition several records were broken and many PBs smashed and it was a fine spectacle of fly casting. Going into the final event (55g salmon OH) several casters were vying to win in all three categories.

The Veterans Champion title finally went to Stewart Ross, a competition that ended tied on points and went to count back on placings and total meters made, and Angela Cummings was crowned Ladies Champion.

The men’s competition was on a knife edge going into the last event, with Lee Cummings and Sportfish‘s very own Jonathan Tomlinson neck and neck on 15pts, with young star, Blaine Lyon, nipping at their heels on 18pts 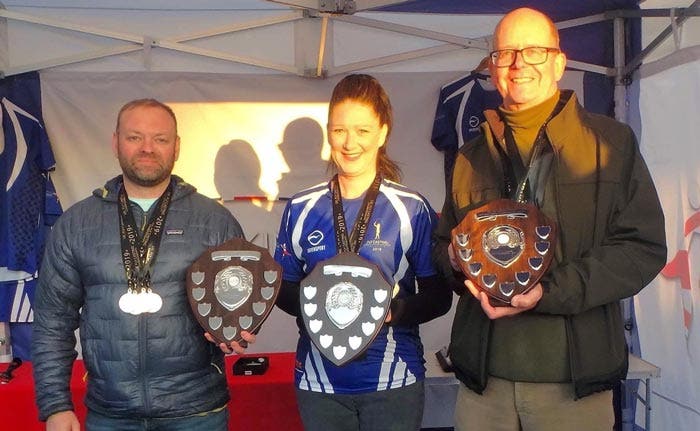 The final event saw Blaine win with 63m, James Evans was 2nd with 61m, JT 3rd with 59.5m, Kirk Lyon 4th with 57.5m and Lee Cummings 5th on 57.5m and after the numbers had been crunched the final results were as follows: