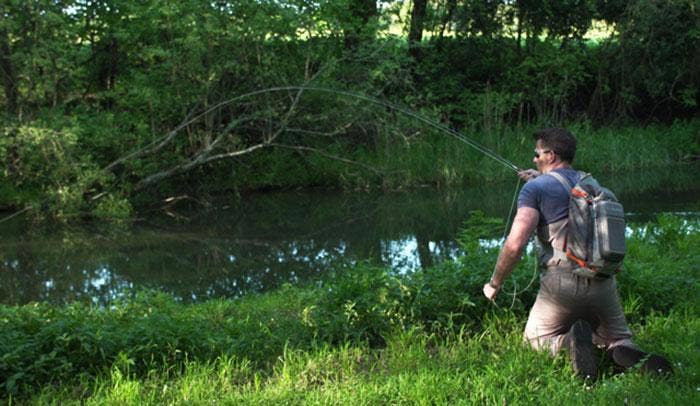 It has been hot on the rivers and the salmon fishing has been tough, but James Stokoe has been having fun and catching a few fish with friends while filming his ‘Untamed Anglers’ series… 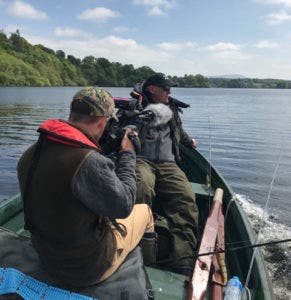 With the relentless heat and challenging weather conditions we’ve experienced this summer, my salmon fishing and guiding season has been negatively impacted, to the point that I’ve only made it out onto the river for a couple of days. Many guests have also cancelled due to the poor conditions – and who can blame them! 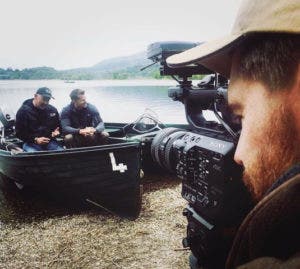 It's not all bad news though as myself, Ripon Khalique and Hywel Morgan have been busy filming our upcoming ‘Untamed Anglers - Iconic Fish’ series! The three of us have been travelling the length and breadth of Britain in search of some of the most incredible species that inhabit our rivers, lakes and seas. What I really love about the series is that it doesn't just concentrate on the fish, along the way we also meet many of the people that have spent a lifetime chasing these iconic fish. Our special guest each week gives us a crash course on how to understand, and hopefully catch, that episode’s target species, before myself and Ripon go head-to-head in a battle to land the best specimen.

The first episode saw us travel to Winchester in February and to the world-renowned chalkstreams of the Test and Itchen in search of the lady of the stream. Our on-hand expert was the one and only Charles Jardine, whose knowledge of these rivers helped us bag our prize, the spectacular grayling! Over the two days’ fishing we used tactics that were entirely new to me, exploring a style of fly fishing that I'd only read about through social media and books, French nymphing. 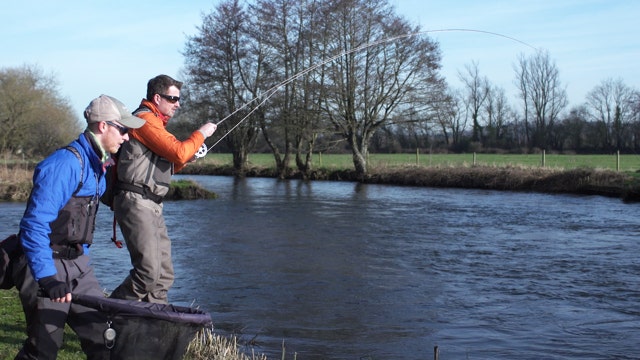 For anyone who hasn’t tried it yet, I would say the style of casting consists of more of a raise and flick rather than your typical airborne false casts. In order to get our flies down into the taking zone, we used heavily weighted flies on a jig head style hook with both the eye and bend of the hook upright to allow us to bounce our nymphs along the river bed. The final piece of the puzzle consisted of a multi-coloured ‘French’ leader that is used as an indicator. When the leader moves – strike! I can happily say that I found it to be a really productive, addictive and exciting way of targeting grayling. It certainly won't be the last time I fish this method! 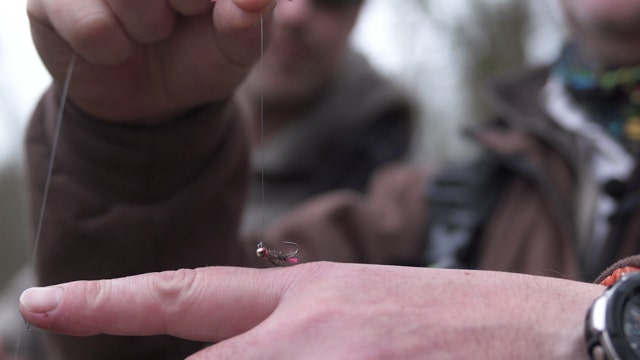 For episode two, we had to wait for warmer weather, specifically May, when our next target species would hopefully be gorging on one particularly iconic fly. That’s right, you guessed it, trout in mayfly season. 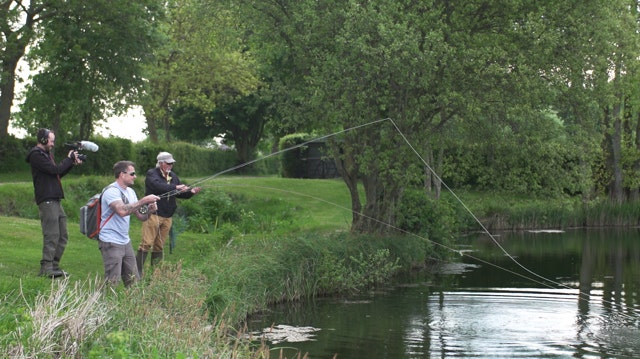 Even though Hywel is one of the best trout anglers I'm lucky enough to know and fish with, we still needed another fishing legend to lend us a hand. This time it was none other than Peter Cockwill. Once again we would be heading south, this time to the River Kennet and Lambourn with the added bonus of a trip to one of the original big fish fisheries, Dever Springs. During our two days’ fishing we got to explore some of the most pristine waters I've ever seen, waters which hold some incredible brown trout and a credit to the river keepers that work tirelessly to keep them in check. 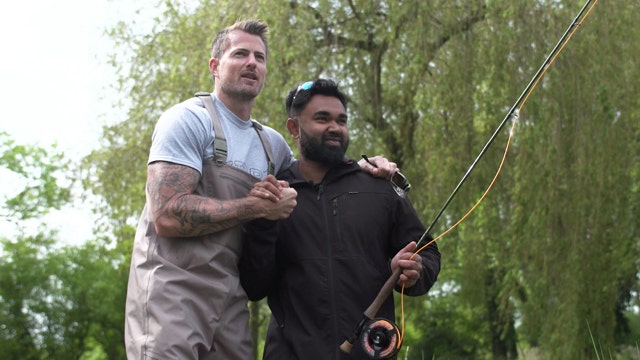 Filming for episode three took us to the Jurassic Coast in search of our most iconic saltwater game fish - the bass! After a seven-hour drive to Dorset I met up with the boys and our bass guru - Richard Wilson. Richard has a total fascination with these fish after hunting them with a rod and line since he was a young lad. This episode was always going to be one of the toughest tasks, however we had a trump card in the shape of Richard, who we hoped would put us on the fish. Our tactics would be a combination of fly and lure fishing along the rugged coastline, targeting gullies, shingle banks and weed beds where bass like to patrol. We fished for two days solid, probably some of the hardest fishing I've ever done in my life, but we still enjoyed every second of it!

You’ll have to wait and see how our ‘Iconic Fish’ adventure has panned out, but I can guarantee it’s full of what fishing is all about - being outdoors experiencing something new, making memories and friends, as well as catching a few great fish along the way.
3 years ago
Did you like this post?
0
0
Comments
David Jones-Evans
Hello James very interesting article I am in Spain for several months with no fishing in any area. You don't mention which TV channel your documentary will be shown on? Will be looking forward to viewing Kind Regards Dafydd
Reply
Leave your comment