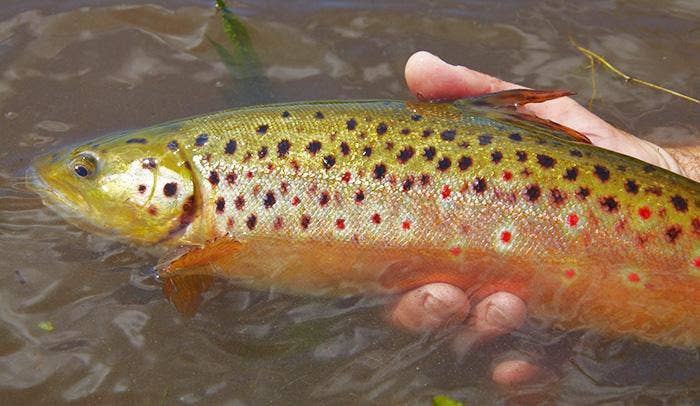 Sportfish was delighted to play a small part in a Trout in Schools project last week as pupils from a local school released young brown trout at the Sportfish Game Fishing Centre.

Trout in Schools is a nationwide project designed to increase awareness of the environment, particularly rivers, by primary school children. The school is supplied with suitable equipment, eggs and food to raise fingerling brown trout which they then introduce to a local river.

In the Kennet Catchment the scheme is organised by Action for the River Kennet (ARK), the official Rivers Trust for the river, and sponsored by Thames Water. In previous years, the schools involved have been situated near the upper river, however this year two schools in Reading took part for the first time.

The baby trout were ready for release recently, and Anna Forbes, the ARK Project Officer, contacted Keith Johnson, local committee member of the Kennet Valley Fishery Association, to ask for help in finding a suitable site. This needed to be accessible and shallow enough for the children to get into, difficult around Reading where the river is largely canalised.

However, Keith is also a part-time employee at the Sportfish Game Fishing Centre, and found a suitable spot a few yards from the shop on the Osier Bed Stream, a carrier of the Kennet which forms the southern boundary of the site.

On Monday and Wednesday of last week excited groups of pupils from the two schools arrived and successfully released their trout, an event which later featured on the evening edition of ‘South Today’, the local BBC newscast. The value of the project was well illustrated both by the interesting questions asked by the children during and after the releases, and by the fact that for many it was their first ever visit to a semi-rural river environment.