The History Of Hardy

All over the globe, there are people who love to fish and in the universal language of the sport, one name reigns supreme - that of Hardy.

For well over a century, Hardy has been renowned as the manufacturer of the finest game fishing tackle in the world - the name is synonymous with quality and excellence. Such reputations are not acquired easily, but it has never faltered throughout the Company's long history.

Hardy history began in 1872, when William Hardy established himself as a gunsmith in his home town of Alnwick, 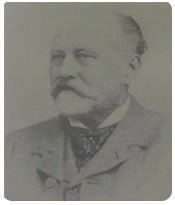 Northumberland. A year later he was joined by his brother, John James, and the Hardy Brothers Partnership came into being. The high quality guns which they sold ranged from shotguns to pistols. However, despite their success, the Hardy brothers' passion for fishing soon dictated a change in direction. Their favourite hobby became their profession, and the reputation of Hardy rods and reels was born.

To begin with, lancewood, hickory and greenheart rods were produced, but, by 1880, bamboo had been added to the range. The Company was the first manufacturer to invent a system for building rods in hexagonal form from bamboo. The Hardy Palakona bamboo rod won the Company's first exhibition gold medal in 1881. Hardy products only stopped winning when gold medals were no longer presented at such exhibitions.

In 1891, the first Hardy "Perfect" reel was patented. This design has stood the test of time, and, although there have been one or two minor alterations, the same basic model is manufactured today. Throughout its history, the Company has been responsible for some of the most radical advances in tackle design. It was the first to market bridge rings, spiral lock-fast joints, stud-lock joints, split-end joints, and "W" and screw-grip fittings for salmon and trout rods. It developed ball bearing reels and was the first to feature the check mechanism housed within the reel arbour and introduced the first large arbour reel in 1911.

The Company's record of innovation is a testament to the wealth of expertise invested in it. Among the three generations of Hardy's involved in the firm, there have been some great anglers, beginning with John James who became World Champion Fly Caster. His nephew "LRH" became the most celebrated fly fisherman of his day: his prowess in casting reached almost legendary proportions. James L Hardy (JLH), grandson of the founder William, carried on the tradition in tournament casting. He held 25 British National Professional records, 10 British All-Comers Professional records and three times was World Professional Champion Caster. Jim retired from the company in early 1992 and as a consultant assisted with product development; his long awaited history of the Hardy family was published in 1998.

Although for the majority of its history, Hardy has remained a family firm, its very success decreed that it would not remain a partnership for long. In 1907 it was incorporated as a Limited Company, and in 1928 it went public. In 1933, Hardy Brothers (Alnwick) Limited extended its operations to include golf club manufacture. However, although Hardy wooden golf clubs also reached a high level of acclaim, the venture was closed in 1935 with the arrival of steel shafts into the market. Instead, the Company established itself as the absolute specialist in fishing tackle. Notwithstanding a brief interlude during World War II when it produced munitions, the Company has continued to expand its range.

Alnwick, England, became famous as the birthplace of this angling institution and the annual Hardy catalogue became the "bible" for all those who sought either knowledge of, or the best of fishing equipment itself - these catalogues have become very collectible items.

The list of Hardy devotees is as long as it is impressive. No less that 10 Royal Warrants of appointment, including those of the late King George V and the last three Princes of Wales, have been awarded to Hardy during this last century. 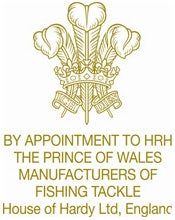 In 1967 Hardy Brothers (Alnwick) Limited became a wholly owned subsidiary of the Harris & Sheldon Group Ltd. A severe slump in the industry in the late 1970's eventually resulted in a three day week in 1983. This was the Company's nadir. In spite of the then difficult circumstances, the company survived, with its reputation intact and was the first to patent the graphite fly rod which surpassed fibreglass in performance.

A Hardy reel became the holder of the first American Kudos Award for Design Excellence; and in 1984, House of Hardy was the first non-Japanese manufacturer to receive a Japanese Industrial Design Award winning not one but five. In the same year, Hardy (USA) Inc, was established as a marketing subsidiary to handle the growing demand in the American angling market. In 1985, the company name was changed to "House of Hardy Limited" to encompass the new and extended activities. The following year, this exceptional record was rewarded when in April, 1986, the Company received the Queen's Award for Export Achievement.

To ensure that some of the fishing tackle memorabilia in the Company's possession was preserved for posterity, Hardy then decided to build a museum at its Alnwick headquarters. This was opened by HRH The Princess Margaret in July, 1987, and is unique. Many of the exhibits have been lent by the Company's many devotees round the world as well as by the Hardy family and by employees. The museum is half of an imposing complex which also houses the Hardy Compleat Angler Store in which all current Hardy products are on permanent display and available to retail customers.

In September, 1988, Hardy acquired their manufacturer of quilted and waxed garments as part of Hardy's growing clothing division. Changes in demand led to that division being closed in the late 1990's and today's extensive ranges of high-performance clothing are sourced from high quality manufacturers worldwide.

The third division of Hardy is the composite tubing business previously known as Fibatube but now called Hardy Advanced Composites. At the leading edge of composite tube technology, the division has established an enviable reputation for innovation, design, quality, service and manufacturing expertise over 25 years. Many of the technical attributes required to produce the finest fishing rods have been utilised to supply tubular components for Formula 1 racing cars, artificial limbs, the A320 Airbus and a wide range of high-tech defence products.

In 1999 Hardy acquired the rod manufacturer Greys which had been founded in 1968 by Mr Grey when he left Hardy's employment. Hardy has developed the Greys brand such that it now includes the best value for money ranges of salmon and trout tackle available and top quality carp tackle.

In 2004 the Company's name was changed from House of Hardy Ltd to Hardy & Greys Ltd better to reflect the diverse range of the Company's products.

In 2005 Chub was acquired, bringing a further wide range of coarse tackle and accessories into the Hardy fold.

At its Alnwick base, Hardy designs all the ranges of tackle sold under the Hardy, Greys and Chub brand names. Extensive investment in advanced computing software, in finite element analysis techniques and in custom designed static and dynamic testing rigs ensure that all equipment both meets the high Hardy quality standards but also that it satisfies even the most demanding angler. Hardy's manufacturing facilities ensure that all prototypes can be manufactured and tested under the most rigorous conditions. Hardy continues to win international accolades for its products. An example being the prestigious and rigorous 2003 "Fly Fish America" Magazine's Tackle Review "Editor's Choice" which selected the Hardy GEM reel as the best saltwater fly reel made today.

10 years ago
172 view(s)
Did you like this post?
0
0
Comments
Kevin
I've come across a hardy rod with a patent number 2087622 can't find it online I think it's pre 1930s anyone help me work out when it was patented ??
Reply
John Dicks
I have a Hardy fibreglass rod with the Rod in Hand logo. Serial number H59674. I am having trouble reading the red hand painted name. So far, with magnification it reads "LR Hardy . . . .kona" The first part of the kona name is stylized and the contrast with the unpainted blank is very poor. Is it possible this is Palakona? If so, when did Hardy start branding the glass rods with Palakona when the name has such a rich heritage in split cane rods? Any info would be appreciated. thanks, John
Reply
Leave your comment
Search The Blog
Categories