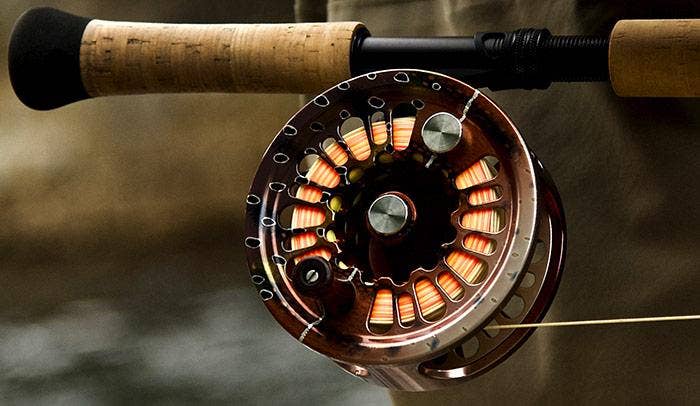 We asked top UK professional fly fishing guide, John Horsey, what you should look out for when considering a new fly reel for your chosen species and waters. Read his guide to fly fishing reels and find more!

Fly reels come in all shapes and sizes but their primary function is to store a fly line and sufficient backing to cope with the strongest of fish. Clearly, the rod plays an important role in playing a fish but it is essential to have a reel that also does the job.

For example, some saltwater species will run for hundreds of metres and are almost impossible to stop. In these situations, you require a reel with the capacity to hold several hundred metres of backing and which is equipped with a reliable disc drag to carefully slow the fish as it runs.

Other fish, such as grayling on our UK rivers, do not make long, fast runs but tend to use their huge dorsal fin to kite across the current and therefore large arbor reels and disc drags are not necessary and in place a simple click-and-pawl check will suffice. 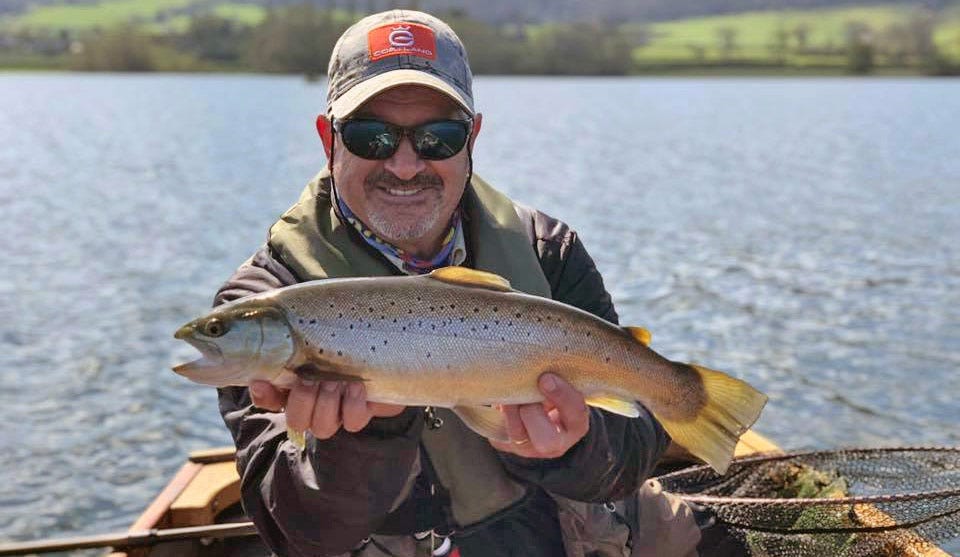 What species are you fishing for?

When choosing a reel, it is imperative to first decide what fish you want to target. My normal day job entails guiding on Chew Valley and Blagdon lakes from a boat. When fishing for trout, I will use a smaller reel than when I am targeting pike on the fly and when river fishing I use reels designed to carry #4 weight lines to complement my lighter rods.

If I’m fishing for salmon on bigger rivers then my reel must be large enough to hold #9 and #10 weight lines, complete with enough backing to handle a big, fit salmon fresh in from the sea. On the subject of the sea, the reels I use for my saltwater fishing need to be large and able to resist the corrosive effect of sea water.

What does ‘large arbor’ mean?

The reel’s arbor size refers to the diameter of the spool. Large arbor reels are popular because:

When choosing a reel, it is imperative to first decide what fish you want to target” John Horsey

The simplest drag is the ‘click-and-pawl’ system whereby a spring pushes the pawl into a gear on the reel’s spool to create both tension and a clicking noise as line is pulled off the reel. Reels with this type of drag may feature a screw or knob that adjusts the tension but they have their limitations - fine for light trout fishing.

More sophisticated reels designed for fast running fish have a ‘disc drag’. This works by pushing a pad against the reel’s spool or braking surface to provide the correct level of drag.

There are two types: ‘sealed’ drags that prevent dirt entering the mechanism but are tricky to maintain, and ‘open’ drags that are easily dismantled for servicing but susceptible to sand and dirt.

‘Open’ types require regular attention, particularly those with cork surfaces. Some anglers monitor the tension on the spool by ‘palming’ (cupping the rotating spool with the palm) and for this to work you need a reel with an exposed spool rim.

I normally use WF7/8 fly lines when reservoir fishing for trout and my favourite reel is the Hardy Ultralite ASR 6000, which comes with two spare spools. It has a superb disc drag to slow the runs of fit summer rainbows hooked at range on dry fly and light tippet.

I am also a great fan of this cassette system of reels, which means having one reel but many spare composite spools to hold a full range of floating, sinking, intermediate and sink tip lines. The ingenious spool coding system makes fly line selection a real breeze!

The larger Hardy Ultralite ASR 7000 reel is perfect for use with my Hardy Zephrus SWS 9’ #9 rod when fishing for Chew’s huge pike. These massive, toothy critters often bore deep when hooked and bend the rod double, so I need to fully utilise the reel’s disc drag, which is so important when applying direct pressure. 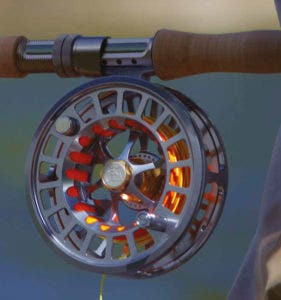 For most UK rivers, rods ranging from 8’6” to 10’ are the norm, with line ratings varying on the size of river and species being chased. Large arbor reels with disc drags are not necessary for these smaller rivers and lighter lines but, if you decide to head further afield to places like New Zealand, you will need more robust tackle and reels which can handle the run of a 6lb plus wild rainbow trout in wide, fast-flowing water.

Salmon anglers using double-handed fly rods require large arbor reels that can hold a 9/10 Spey-casting line and sufficient backing. Due to the design of the fly line taper, this reel needs to be much bigger than, for example, one to hold a WF10 saltwater fly line.

I am right handed and as such, cast and hold my rod with this strongest hand. I therefore set up all my reels to be left hand wind. Tradition used to dictate that fly reels were set up as right hand wind for right handed people - something I have never understood and never subscribed to!

However, if you prefer to switch to your weaker hand when playing a fish to enable winding the reel with your right hand, then so be it. It’s purely a matter of personal choice.
2 years ago
Did you like this post?
0
0
Comments
Leave your comment